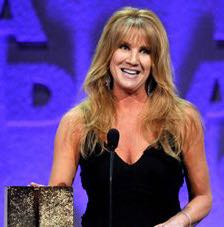 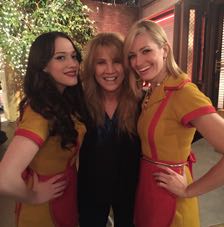 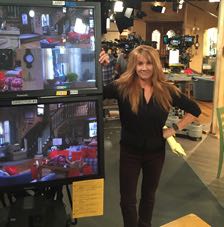 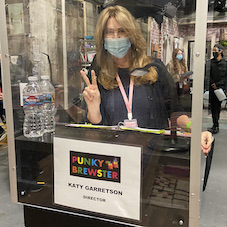 Katy Garretson has been an award-winning DGA Director and Assistant Director for over 30 years.

In 2012, Katy was the recipient ofthe Frank Capra Lifetime Achievement Award from the Directors Guild of America(DGA). At that time, there had been only 25 recipients of this award in the history of the guild. She was the fourth woman to receive this honor.

Katy was nominated for a DGA Award for Outstanding Comedy Direction for her debut episode and several of her guest stars have since been nominated for and/or received Emmy Awards. She has also been an active member of the DGA – having served as an Associate National Board member, on numerous committees including her current commitment to the Directors’ Council Ethics Committee. During her years as an Assistant Director, Katy was elected Chair of the DGA's AD/UPM Council for three terms, the last two terms by unanimous acclamation. She’s been elected as a delegate to the Biennial DGA Convention for every convention since 1993.

Katy began her career in film/TV production as a feature stand-in, then as a DGA Trainee, which led her to being an award-winning Assistant Director. She was a part of DGA-nominated teams seven times. She AD’d for directors ranging from Ridley Scott and Blake Edwards in features, to Jimmy Burrows in TV. Her AD credits include STAR TREK VI: THE UNDISCOVERED COUNTRY –the last Star Trek film with the original cast; CLIFFORD, with MartinShort and Charles Grodin; THE SPECIALIST with SylvesterStallone; seventeen TV movies and numerous sitcoms and pilots.

Katy is also a producer, She developed and produced a successful series of movies in Vancouver for The Hallmark Channel. Midway through the seventeenth movie, however, her star was indicted in the college admissions scandal and... that was the end of that. She also took a partial break from showbiz for four years (2011-2015) to be the CEO/Executive Director of the“I Have a Dream” Foundation, an educational non-profit for inner-city kids where she had been a mentor for many years.

Katy is  a long-time performer, as well. In her teens, she was a state finalist in public speaking, her categories being Dramatic Interpretation, Persuasion and Expository Speaking. She continued her success in this type of performance throughout college, as an award-winning member of the USC Speech & Debate Team, and worked as a Tour Guide at Universal Studios throughout her years at USC. One of her favorite things about being an AD on the hit TV series Frasier was being asked to play the uncast guest stars during the show's eleven-year run. She’s been a frequent panelist, moderator and speaker at guild and industry events, and also recently hosted the hit podcast MOJO GIRL MADNESS. Katy has been a member of the Screen Actors Guild since 1995 and isn’t against using her SAG card again...

Finally, Katy has a passion for teaching. She had a wonderful time for two years teaching the sitcom class for the Directing Workshop for Women at AFI, and now instructs in the art of directing to both graduate and undergraduate students at her alma mater, the University of Southern California. Fight On.